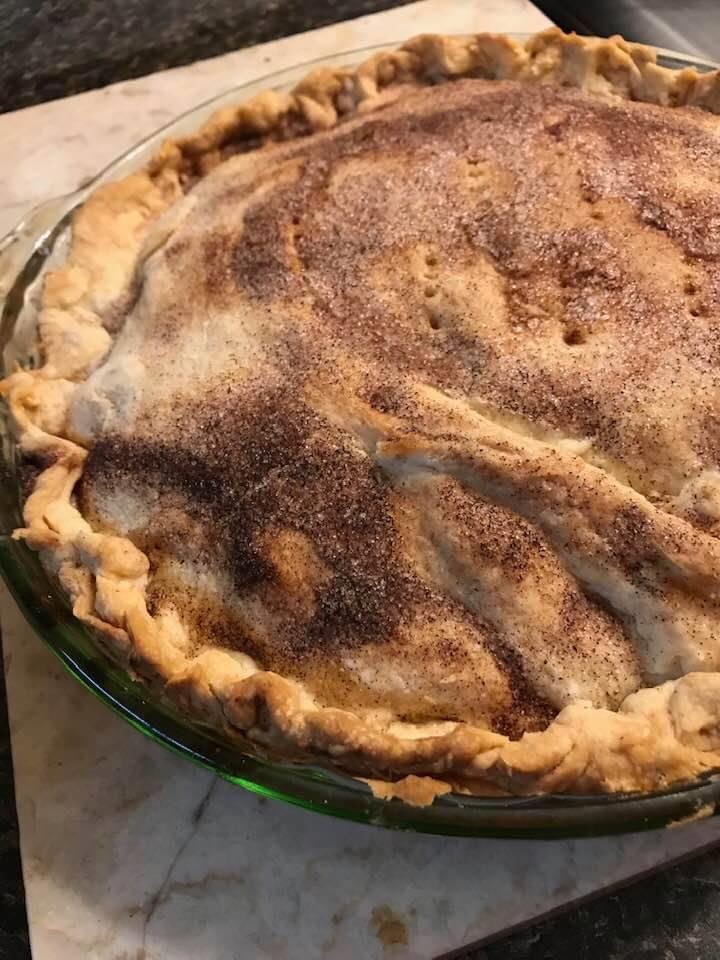 “ The smells of sweetness and spices, butter, fruit and nuts baked into desserts can wing me in seconds back to my childhood and tables set for holiday dinners.”

Pecan and pumpkin for Thanksgiving Day.

Pecans from our orchard make for plenty of holiday goodies, candies, cakes and pies. I love pecans. They are harvested in November and our harvest has gone to the processor and will be bagged by machine now that the crop is more than we can do ourselves.

Cranberry Pecan is one of our family favorites with the tart of fresh cranberries and the sweet of custard with the crunch of pecans! I use Audra’s recipe and we all love it at Thanksgiving. It is beautiful for Christmas dinner too!

I prefer pears to apples in sauce and in baking. The pears are dwindling now, but twenty years ago when we moved to the farm the trees flourished and we had bushels and bushels of them year after year. I canned them in halves, made jelly of the juice, dehydrated cinnamon/pear rings for snacks, canned juice, mincemeat with pears and raisins, as well as chutney, pear preserves, pear honey, and pear sauce. I baked them into breads, cakes, and sweetest of all––into pies.

Cinnamon sugar sprinkled on the top crust of an apple or pear pie is one of the best smells in the world and fills the house with deliciousness. We have had no pears the last few years but one fall soon we will harvest them again and I will be glad of that.

Tim usually makes a chocolate cream pie with meringue for the holiday get togethers. This was a banana cream.

I love to get a baking pumpkin like this one to roast for my Thanksgiving pies. Canned pumpkin makes good pies too but different. Our sweet friend Frenetta spent many Turkey Days with us. She always brought along a sweet potato pie. I sure do miss her.

One of favorite pecan pies is Alabama Pecan Pie and another is Honey Pecan. It uses honey instead of dark corn syrup. Some recipes I’ve tried call for maple syrup or light corn syrup instead.

Here is a piece of Cinnamon Peach made of summer peaches from Livesay Orchards in Porter, Oklahoma. With Blue Bell Old-Fashioned Vanilla Ice Cream it is wonderful. (Even without the ice cream it is pretty good.)

Which pies are your favorites? Do you hold memories of special holiday pies? Can you smell pumpkin pie and taste the whipped cream when you start planning for Thanksgiving dinners?

He changes a wilderness into a pool of water; and there He makes the hungry to dwell, so that they may establish an inhabited city, and sow fields and plant vineyards and gather a fruitful harvest.

One thought on “Holiday Pies from the Farm Kitchen”

Start a Blog at WordPress.com.