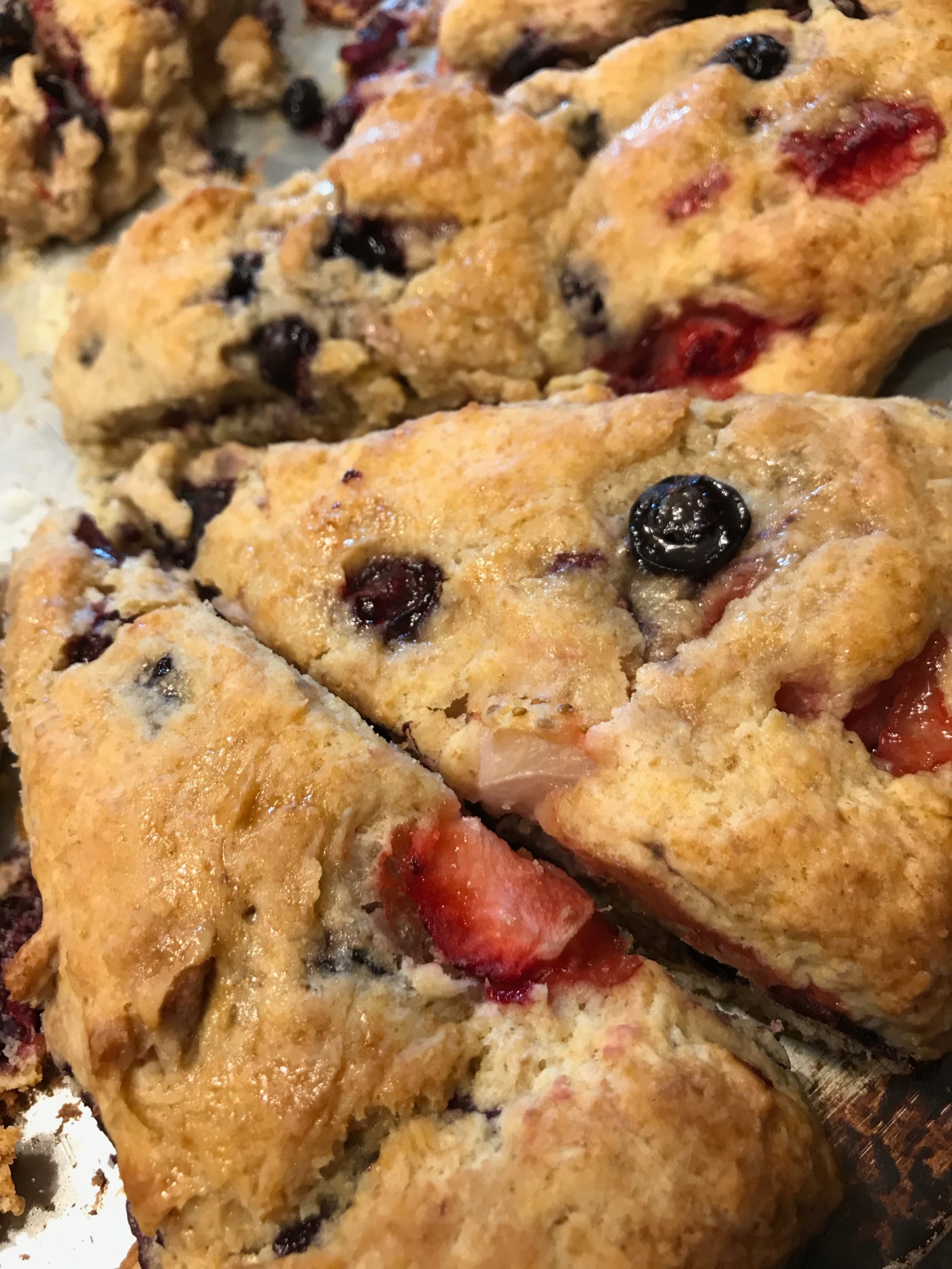 “A house becomes a home when bread, songs, and laughter are shared in its rooms. “

A loaf of homemade bread fresh from the oven is one of the God-sends of life as we know it on the planet earth. The scent never goes unappreciated by the family. It permeates the whole house. Mix in the scent of sweet spices, cinnamon, cloves and nutmeg and that is scent made in heaven.

Fruity scones are a sweet biscuit-like quick bread baked in a round pie-sized mound, sliced like pie, baked a bit longer, then topped with creamery butter.

Iced cinnamon rolls are a favorite at our house and also with our guests and neighbors. I bake mine in a round cake pan and serve like coffee cake.

The biscotti is what we like with our coffee. I bake a Jewish version called Mandlebrot. It is crispy and has cinnamon on top of the slices. I put golden raisins into the dough.

Bread set for the second time to rise puffs up under a red tea towel and it reminds me of times when I sat at Grandma’s round kitchen table where she served us thick slices of fresh bread with butter and jam. The smell of yeast bread baking is an almost irresistible aroma.

God fed the Israelites manna from heaven in the wilderness and it sustained them. When Jesus fed people he served bread. He fed His disciples fish beside the sea. He fed them bread at the suppers they had together. He fed the Five Thousand with bread and fish and later He fed another crowd of two thousand the same meal—fish and bread. The Bible calls Jesus the Bread of Life. He is the spiritual food we need to live. Without Him we will die. If we eat earthly bread we will get hungry again, but when we find Him we will be satisfied. He our sustenance. He is our life.

Start a Blog at WordPress.com.